Flutter is an open-source framework to create high-quality, high-performance mobile applications across mobile operating systems – Android and iOS. It provides a simple, powerful, efficient, and easy to understand SDK to write mobile application in Google’s own language, Dart. In general, developing a mobile application is a complex and challenging task. Flutter is a hybrid app development framework that flawlessly interacts with cameras, geolocation, networks, and storage. It performs better than other cross- platform development technologies like React Native. There are many frameworks available to develop a mobile application. Android provides a native framework based on Java language and iOS provides a native framework based on Objective-C / Shift language. However, to develop an application supporting both the OSs, we need to code in two different languages using two different frameworks. To help overcome this complexity, there exist mobile frameworks supporting both OS. These frameworks range from simple HTML based hybrid mobile application framework (which uses HTML for User Interface and JavaScript for application logic) to complex language specific framework (which do the heavy lifting of converting code to native code). Irrespective of their simplicity or complexity, these frameworks always have many disadvantages, one of the main drawback being their slow performance. In this scenario, Flutter – a simple and high performance framework based on Dart language, provides high performance by rendering the UI directly in the operating system’s canvas rather than through native framework. Flutter also offers many ready to use widgets (UI) to create a modern application. These libraries include animation and graphics, file and network input/output, accessibility support, plugin architecture, and a Dart runtime and compile toolchain.Most developers interact with the software via the Flutter framework. that offers a reactive structure and a set of platform, layout, and foundation widgets these widgets are optimized for mobile environment and designing the application using widgets is as simple as designing HTML. To be specific, Flutter application is itself a widget. The software is usable on phones, tablets, wearables, laptops, desktops, televisions, and smart displays. Google calls that ambient computing – services and software are available wherever and whenever you need them. Flutter uses widgets to deliver a fully functioning app, for everything from fonts and styles to scrolling. It may take time to get used to an environment where everything is a widget, but there’s logic to it. Flutter widgets also supports animations and gestures. The application logic is based on reactive programming. Widget may optionally have a state. By changing the state of the widget, Flutter will automatically (reactive programming) compare the widget’s state (old and new) and render the widget with only the necessary changes instead of re-rendering the whole widget. Flutter needs lesser testing. Because of its single code base, it is sufficient if we write automated tests once for both the platforms. Advantages of Flutter is Dart has a large repository of software packages which lets you to extend the capabilities of your application. Developers need to write just a single code base for both applications (both Android and iOS platforms). Flutter may to be extended to other platform as well in the future. 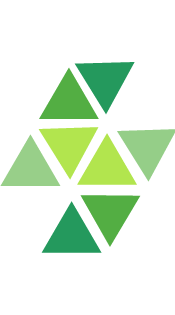